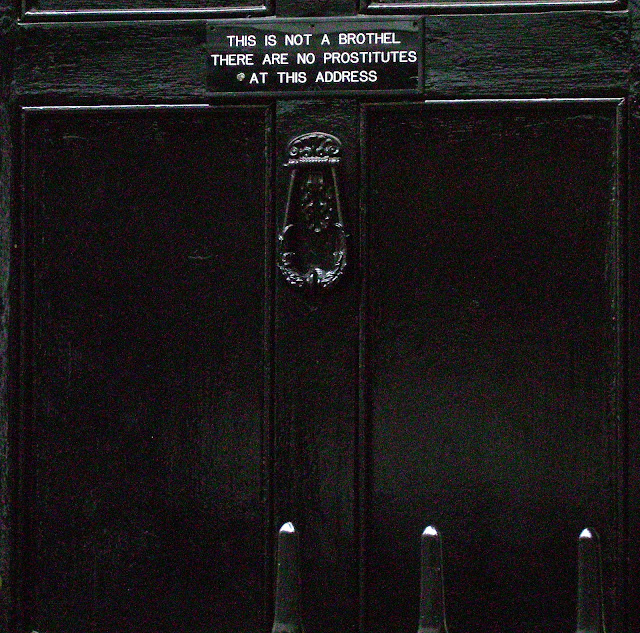 SEBASTIAN HORSLEY, who died on 17th June 2010 aged 47, was an artist, dandy and author whose outrageous memoirs "Dandy in the Underworld" were dramatised at the Soho Theatre.

He is perhaps most famous for submitting himself to a genuine crucifixion in the name of art, and being refused entry to America on grounds of "moral turpitude".


In what would sadly tum out to be one of his Iast interviews, Nigel Robinson caught up with him over a nice pot of tea at Maison Bertaux.


The publicity for the play describes you as "Thomas de Quincey mixed with Lord Rochester, a dash of Oscar Wilde and a twist of Quentin Crisp". Are they your heroes?

I do have people I admire but I was never a Wilde fan. I always felt that he was a believer and I think the best art has been given to us by non-believers who are the most interesting people. Wilde was also Litigious: how can you invoke the laws of a society you confess to despise? Ultimately he was a conformist. I was always much more of a Crisp fan.

What was it about Crisp you liked?
Crisp seemed to embody vitality and vulnerability.

He was a complex intersection: he had narcissism and negation, and grandiosity and humility. His book took you straight up to heaven without losing your breath and then it took you straight down to hell with the same passion and I loved that.


Your book's title is taken from a T-Rex album. Were you a fan of Marc Bolan?
Oh yes. Bolan was transcendent trash, a dandy with one foot in heaven and the other one in Woolworth's. I saw Bolan when I was ten- it's very difficult to
explain the impact that people like Bolan and Bowie had on a young boy living in Hull. They were like meteorites hitting the planet and I just loved their philosophy of turning themselves into works of art.


The thing about a shooting star is when it comes to earth it's just a stone: the key is to turn the stone into a shooting star on earth and they did that. They took what it was that made them interesting and manufactured it into something greater than themselves. I like people whose attempts to be something other than they are are epic. Of course they fail but all the great thing fail.


How would you define a dandy?


Dandyism is a form of self-worship that dispense with the need to find happiness from others. It's a way of taking up a position of ironic detachment from the world and living it out in scrupulous detail.


It's a performance, a kind of a ghost dance in the face of defeat. Given that life is completely pointless and meaningless and absurd, then to mirror it with an absurdist dance is in many ways taking up a real position. Who cares if people think you're insane- they can't hear the music. Yes, it's a dance.


Are you born a dandy or can you become one?

You can no sooner make yourself a dandy than you could make your self a sheep. lt's a vocation. I started very young when I was about eight or nine, getting dressed up and the Bolan influence.

Then there comes a time when you have to do deliberately what you used to do by accident. It's a protection against vulnerability but it's also a celebration of life.

Of course, dandyism come from broken people most of our masterpieces come from things that are damaged. And where there's a lot of light there' a lot of shade - there's a deep melancholia to it, but there is to everything, isn't there?


You were refused entry to the USA for "moral turpitude". I there any place for a dandy in America?

I'm a dandy snob. Dandies have to be English and they have to be male too: I don't think Americans have the complexity. What was interesting about being thrown out of America was that it was essentially a very dandy thing.

I took America by failing and them throwing me out. The public pay no interest in a work of art until they are told it's immoral.


They threw me out and in doing so I was on the front page of the New York Times three times, there was an editorial in the Washington Post and CNN led on it -all this from one man sitting in one room in Soho.


There's nothing worse than not being allowed into a county you wouldn't be seen dead in. When they threw me out I turned and said, "I am the only thing of value in your country and I'm removing it immediately."


When you were doing a series of works on crucifixion, you went to the Philippines and were filmed literally being nailed to a cross. Why did you do that?

Art is just a shadow and sometimes stage blood isn't enough. I was always interested in turning life into a line of poetry written with a splash of blood. And that's what really interested me- to do something dangerous with style is art. And it interested me as a dandy because, of course, Christ was a dandy. He came to this world and he was able to persuade people with the force of personality.


In many ways I would say that Christ was the first dandy, apart from those awful clothes he had to wear.

Of course, the tabloid press called you an "Art Freak"

It would have been better if it had just said "Freak". ! don't really want to be an artist. In an ideal world I would probably have been a musician. I did originally make records. They were so bad l can't understand why they weren't so successful.

Many thanks to Nigel Robinson for allowing reproduction of his interview from the Soho Clarion.